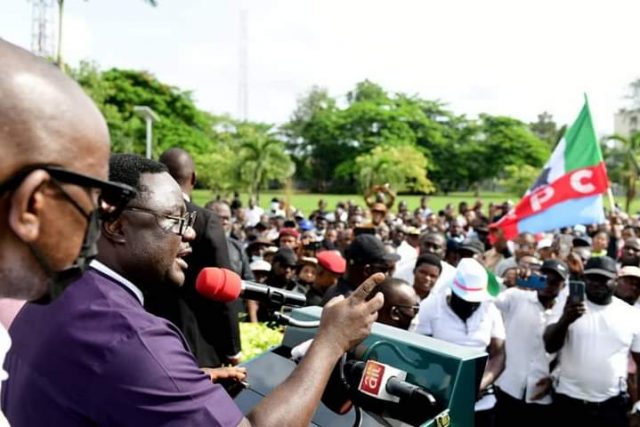 Barely two weeks after Gov Ben Ayade dumped the People’s Democratic Party (PDP) for the All Progressives Congress, APC, he has sacked four Commissioners and four other appointees who, reports say, vowed never to join him in his new party, the APC.

This was contained in a press statement made available to our reporter in Calabar, Monday, and signed by Christian Ita, the governor’s Chief Press Secretary/Special Adviser, Media and Publicity.

The release, which was dated May 31, 2021, and did not give reasons for the sack of the aides, read in part: “the state governor, His Excellency Prof Ben Ayade has approved the relieve of the following persons of their appointments as commissioners: Mr. Mike Usibe, Rita Ayim, Mr. Asu Okang, Ntufam Donatus Etim.

“Consequently, they are hereby directed to return government propertiea and vehicles in their care with immediate effect to the Chief of Staff to the governor

“His Excellency thanks them for their services to the state and wishes them well in their future endeavours.”

Our reporter learnt that Mr Asu Okang is fiercely loyal to one of the National Assembly members who had given Ayade a tough fight over PDP structures in the state, before the governor’s defection.

And, incidentally, Mr Etim had on May 21, 2021 resigned his appointment before he was ‘sacked.’ In his resignation letter, Etim said ” it is with utmost fulfilment and high sense of responsibility that I write to humbly notify you of my decision to resign my appointment as Commissioner and member of Cross River state Executive Council.”

Unconfirmed reports indicated that government was determined to clamp down on recalcitrant aides and appointees who are still in PDP.

EFCC: The campaign against cybercrime gets to Adeleke University in Osun